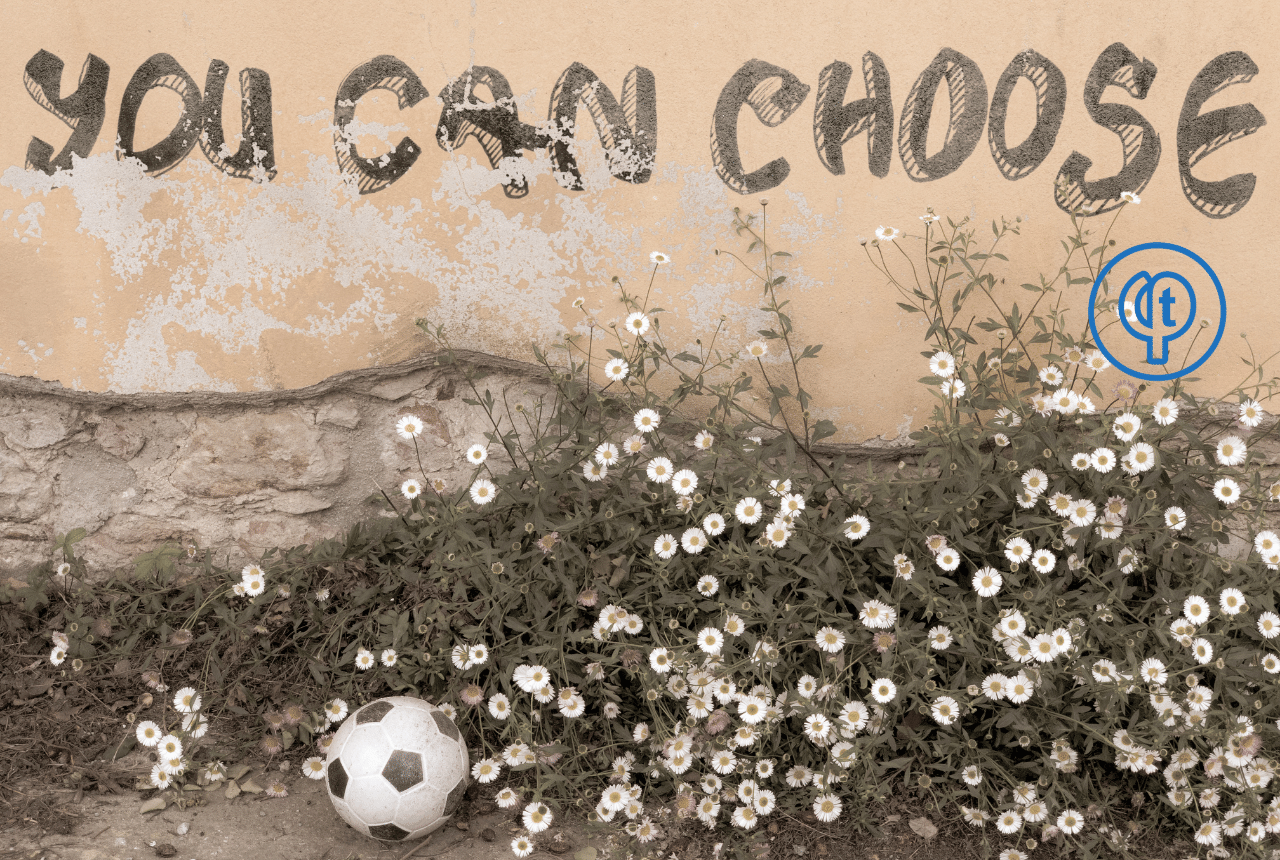 Choice is one of the most fundamental assumptions of most classical thought and belief systems whether it be treated as a valuable gift or a taken-for-granted unavoidable naturality. The belief in the independence of one’s action and the consequent responsibility, answerability, and accountability for the same constitutes the cornerstone of our social order. But as our comprehension of our own mental and behavioural functioning advances surfing on the tide of strides in computational data processing and electromagnetic imaging, we are finding order and patterns in chaos. While this may sound like a good, general thing, order always restricts the scope of available freedom. Such discoveries need not comes across as impositions but rather an exposition or revelation of preexisting truths shrouded by delusion.

What were once considered to be essentially subjective, incomprehensible phenomena beyond the scope of science, have started to yield, clarify, and fall into place in our understanding of the grand scientific design that underlies and dictates the universe. It is becoming increasingly apparent that we are governed, even internally, by the very same material laws that move the planets, the dust, and the atoms, only in a manner that is too complicated to resolve and envision at once, in one sweeping mathematical modeling tour-de-force. For example, we know the crucial roles that the amygdala plays in fear and that substances as dopamine, oxytocin, serotonin, and endorphins largely determine our happiness levels at least as the immediate causatives in the causal chain. Such insights have demonstrated a biochemical and electrochemical basis to moods and feelings, chipping away if not outright dispelling the notion of an emotional or mental ‘vital force’ that regulates sentiments and cognition. Self-awareness, sentience, and cognition are still very difficult to approach yet small and steady progresses in understanding them have been consistently made.

As Science marches on, we can avail one of its most elegant, powerful, and salient prerogatives — self-verification. Science can revise and rectify its parts or even wholes in retrospect. It can perform both micro as well as macro analyses, and the development of enormous number-crunching and lightning-fast overarching pattern-finding capabilities thanks to the expansion of computation have enabled us to perform large, collective, and comprehensive meta-studies on various disciplines. The disciplines of Psychology, for one, hasn’t stood this rigorous scrutiny well. Massive projects which ran retrials of a number of psychological studies published in reputed journals failed to obtain the same results in more than half of the cases despite careful replication.[i] Despite following studies exactly as they were conducted, taking all relevant factors the same, researchers are often unable to reproduce existing results. Psychology has by and large failed the litmus test of science – consistency.

Many psychological studies, in spite of being fastidiously-orchestrated, pursue very superficial formulations that often lack concrete causative bases. Often, the only objectivity present is arbitrary categorisation as computation either takes a backseat or is replaced by arbitrarily defined unweighted scores, quotients, and coefficients. Because of this lack of a causal basis and reliance on general ideas and personal conceptions about idiosyncrasy-prone human behaviour, psychological hypotheses fall prey to classic pitfalls of logical reasoning and rational skepticism as circular reasoning, correlation-implies-causation fallacy, ambiguity, and vaguely selective validations. Often, the justification given for an argument also seems to apply to or substantiate its negation if stated in another way but is completely ignored in one study while being used in another. Thus, Psychology not only fumbles with scientific rigour but also with the most elementary of criteria of verisimilitude i.e. self-consistency and concomitance.

Mental Health is a growing concern around the world, especially since the pandemic situation, both because of the crisis looming over us, as well as secondarily due to the justified, rightful but harsh response to it.[ii]Resource crises, unprecedented levels of mental engagement, and a diversity of things to mind that modern life brings with it, have together taken a toll on our mental being, taxing and exerting our emotional faculties as well, due to our newfound proclivity for short-burst stimulation. In such a pervasive scenario, the role of psychiatry becomes all the more important. However, because of the problems discussed afore, the appalling inability of psychiatry to establish itself as a reliable, consistent clinical tool has led many to question its utility and dependability as a go-to public health solution. One investigation conducted by researchers from the University of Liverpool described psychiatric analyses as “scientifically worthless” as a means to systematically identify recognised mental-health ailments.[iii] This label does not seem unsound when one considers the fact that the prevalence of mental health issues hasn’t been brought down in a major way by increased availability, accessibility or affordability of psychiatric counseling alone (without factoring in increased living standards and accounting for population and competition growth).

This has led to call for neuroscience, a still nascent yet rigorous discipline to absorb psychology. Neuroscience and psychology share most of their scope and a number of classic psychological hypotheses have been verified (and a few debunked) by neuroscience slowly walking (but not necessarily exactly) in its tracks. In fact, prescription of drug-courses has become a standard method of quick, effective, and consistently result-yielding remediation of mental health issues. Chemical substances that serve specific, known functions upon consumption in carefully-calculated and fine-adjusted courses have been able to steadily produce satisfactory results. In this way, material has taken precedence over man (in the sense of both the psychiatrist and the subject) and no more do we need to rely on classical moral platitudes of altering our behaviour and bringing change by choices from ‘within ourselves’, as well as evidently futile suggestions as ‘busy yourself’ or ‘just choose to be happy’ or ‘stop thinking in that way’. The garb of pretense of the existence of full conscious control, authority, and regulation over our behavioural decisions that is laden and pinned with the weight of centuries of classical philosophy is increasingly being shed.

The evidence of such a paradigm shift and control transition, if you were to call it that, is not limited to the increased success of chemical intervention in so-called psychological disorders at an individual level. It is also observable in key administrative considerations. Unlike sociological theories, which akin to those of psychology, often compete, are subjective, open to interpretation, vaguely conditional, and stand on slippery conceptual foundations, the effects of biochemistry, even those not fully explored, are systematic, concrete, trackable, and reliable in the sense that they can be repeatedly tested and shall yield identical results in identical conditions. Sidestepping the longstanding notion of free-will, governments have long been considering the deployment of specific substances to public distribution channels to accomplish specific ends – be it the administration of lithium in order to curb suicidal tendencies in wake of the publication of a recent meta-study that collimated decades of data around the world firmly establishing the link[iv], or the suggestion that an eminent creative thinker made to the British government to distribute Zinc-rich Marmite in the Middle-East (where the bread lacks yeast leavening) to curb their bellicosity[v] as the deficiency of the micronutrient is linked to aggression. Such means can insidiously be employed by authorities to make the masses tractable, whether for better or for worse. But rather than perceiving it as offending our freedoms, we should rather consider it a demonstration of their nonexistence. The illusory notion of free will has been propagated in the dominant discourse as the mainstream narrative by both liberal and religious machinery, who assume it to be an axiom, whether as something valuable or obvious, or both. But as we disentangle causative pathways for almost everything in the world, it is unlikely that this archaic conception shall continue to hold fast.

The maintenance of law and order is one of the most crucial roles that authority plays for the signatories of the social contract. Our society has long relied on a system of justice, whereby one is responsible for their conduct and actions, and these in turn merit rewards and punishments, but especially the latter. Punitive action following the establishment of a wrongdoing has long been seen as both a deterrent against crime and a piece of solace and consolation to the victim. However, novel research is likely to wither this pillar of our society as well. Recent research has shown that there are at least some fundamental structural saliencies in the minds of criminals especially psychopaths and serial offenders.[vi][vii] If further investigation succeeds in correlating these differences clearly to their inclination towards committing crime, it could be jurisprudentially argued that, in a way that a blind man has no fault in bumping into someone or knocking over a letterbox or trashcan, a criminal would have little conscious choice or scope of alternative when he commits a crime, for he is hardwired and predisposed to do so owing to his organic built-up that is largely non-overrideable. The obvious cultural shock, intuitive difficulty in coming to terms with the virtue of this lack of answerability, and the thus-borne dilemma of purpose aside, this would only provoke administrative authorities further to take preemptive action, likely by surgical or pharmacological intervention. This has the potential to prompt secretiveness or underhandedness in preventive and corrective action.

Free will assumptions have long been the basic axiom for not only philosophical and ethical doctrines but also as a basis for a large part of sociology, law, public administration, civics, political science, economics, and ethology. With an increased understanding of natural order that dictation seems flimsy, humanistic and emotional exceptionalism is rapidly eroding, and we are more and more envisioning ourselves as parts of nature, rather than masters of it.

[i] Brian Nosek, Estimating the reproducibility of psychological science. Science, 349(6251).

[v] Marmite is Right. The Times.

Next post Concept of Isolation in the Context of COVID-19: A medical Science perspective